15% OFF for the first fifteen people to register to the training. 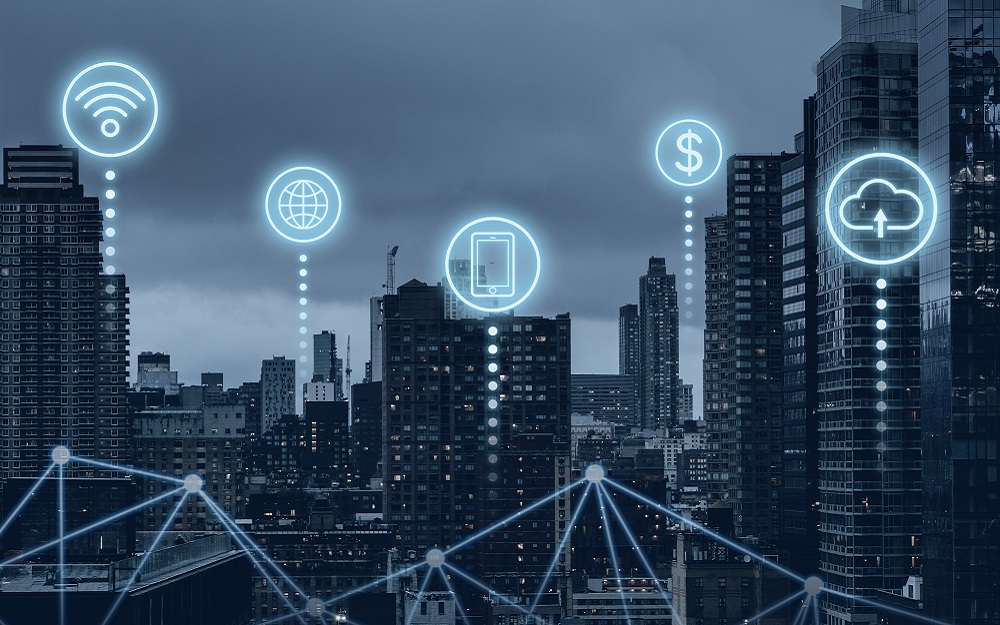 Cloud computing has been among the essential technologies in the last couple of years because of the many possibilities it has created in computing. The rise in the number of businesses that are migrating from on-premise infrastructure and moving to the cloud is a clear indicator of how revolutionary this technology has been for the short time it has been around. Studies show that over 90% of businesses are already using some form of cloud computing.

When the covid19 pandemic was at its peak in 2020, many more businesses were forced to shift to the cloud. Most of these businesses used remote collaboration services to continue their operations amidst the movement restrictions put in place by governments. Businesses also embraced eCommerce in order to continue serving their customers who were also restricted from moving.

The rise in demand for cloud computing services is a clear indicator that this technology will continue to grow in the coming years. If you are an app developer, IT professional, or business leader, it is very important that you know how this technology is evolving in order to make the right technical decision that will keep your business moving forward.

In this article, I have compiled some of the top IT and cloud computing trends that business leaders and IT professionals need to know in 2021. Let’s dive in!

1. AI is one of the major drivers of cloud computing

One of the complementary technologies that work alongside cloud computing is Artificial Intelligence (AI). Machine learning – one of the branches of AI has turned out to be a vital technology in cloud computing. Developers and other IT professionals that build machine learning algorithms are taking advantage of the computing power of cloud infrastructure like AWS and Azure to simulate and test their algorithms.

Cloud platforms also provide built-in machine learning functions such as image recognition tools, text-to-speech tools, and language processing. Developers can now easily integrate these functionalities into their applications without having to code them from scratch. Availing such tools to developers leads to more efficiency and faster innovation.

2. More people are gaming on the cloud

One of the major caveats that were limiting gaming on the cloud was the low internet speeds and latency. However, after the invention of 4G LTE and now 5G, gaming online is becoming a new normal. The fact that one doesn’t have to download and install games onto their console or PC makes online gaming even more friendly for users with limited IT knowledge and skills.

Some of the popular cloud gaming services include GeForce Now by Nvidia, Project Xcloud by Microsoft, Play station Now by Sony, and Apple Arcade. All these platforms allow gamers to pay a subscription fee and then get access to several games based on the package they have paid for.

Most of these platforms (apart from Sony’s) were launched in 2020 as one of the responses to the pandemic since people needed to do some activities that would keep them busy and less anxious. Yes, these companies were already building these platforms, but the pandemic fueled their innovation because of the high demand.

Cloud gaming also makes it possible for players in different locations to play against one another. This even became more popular during the pandemic when people were spending more time at home bored. With cloud gaming, even users with inferior computing hardware can play the latest games without compromising performance. All they need is fast internet and a relatively good display.

There are chances that the next generation consoles will come with less powerful hardware versions to target users who are not ready to spend hefty sums since they only play games online. This also calls for faster innovation of online gaming infrastructure in order to cope up with the increasing demand for this service.

3. Businesses and individuals are embracing the multi-cloud approach

Yes, using one cloud provider for all the cloud services creates a seamless experience. However, it is also important to note that no single cloud provider comes out as the best with all the services they offer. For instance, there are some computing services that Azure or Google computer engine does better than Amazon Web Services.

So, businesses and individuals are now adopting a multi-cloud approach in order to enjoy the benefits that each of these providers brings to the table. It is also much safer to use a different platform because in the event that one of them goes down, your entire business or project doesn’t go to a standstill.

Other businesses and individuals also store their data on two or more cloud platforms in order to have several backups in case one of the cloud services gets issues. Today, it is common to find people having more than one cloud storage app on their devices. For instance, one can have Dropbox, Google Drive, and OneDrive, all on one device.

One of the caveats for using more than one cloud provider is the limited integration between services by different providers. However, some providers, especially in the SaaS market, are starting to embrace the issues of integration. For instance, a good number of CRM and digital marketing platforms now easily integrate with Salesforce. This makes it easier for customers using one service on platform A to also use another service on platform B without facing the challenge of having fragmented data.

IaaS providers like AWS and Azure are slowly breaking the barriers between their services by allowing their customers to import and export data from services outside their platform. For instance, tools like AzCopy are making it possible to import data from AWS S3 data storage service to Azure Storage.

Using more than one cloud provider for the same service is expensive because you will most likely pay twice to use the same service. However, if the benefits you are getting are worth the extra cost, it is an approach that is worth taking. So, as an organization, it is necessary to have a meeting with your team and do a feasibility study assessing the benefits and costs of using a multi-cloud approach.

One of the challenges some organizations have faced is having to choose between cloud and on-premise infrastructure because each of these has its advantages and disadvantages. For instance, storing all data on the cloud is very expensive in the long term, so some businesses have decided to only store essential data on the cloud and the rest of the data on their local machines.

Some organizations are also located in regions that don’t have reliable internet, so it becomes hard for them to entirely rely on the cloud for all their computing and storage needs. Many organizations have now opted to use the public cloud service alongside their on-premise infrastructure to overcome such challenges. So, they have to choose which tasks to do on the cloud and the one to do locally.

There are also several businesses and individuals that have chosen to do computing locally and then store data on the cloud. This is because some of the tools they use in their day-to-day operations are not available on the cloud or not powerful enough to meet their needs. For instance, most engineering and architectural applications on the cloud do not yet have the full features like their desktop versions.

The idea of running your entire desktop on the cloud may seem odd to some people, but it is slowly gaining popularity as cloud computing technology gets better. According to a survey by MarketsandMarkets, the market size of the virtual desktops services is expected to be around $13.45B by 2022. This number was at only $7.08B in 2017.

Cloud providers like Microsoft, Google, and Amazon already have some form of virtual desktop service that they are already offering to their users. AWS has the WorkSpace platform, and Microsoft has Windows Virtual Desktop. Microsoft has also recently launched Windows 365, a desktop version of its OS that you can access on any device via the cloud. Google also has some virtual desktop functionalities that it offers to ChromeOS users.

One of the significant advantages that virtual desktops offer is the ability to get access to your desktop no matter the device or operating system you are using. For instance, a macOS user can also use Windows 365 without having to install it on their computer. So, in case they need to run Windows apps, they simply have to open their browser and log into their Microsoft 365 account to access their virtual Windows desktop.

Virtual desktops also make it possible to access your desktop even on mobile devices, as long they have a screen that is big enough to display the content. iPadOS and iOS users can now stream their Windows 365 virtual desktops using Microsoft’s free remote desktop application.

Another advantage that virtual desktops have is the fact that users don’t have to worry about updates for their operating system and third-party apps installed on their virtual desktops. So, every time a new version of your apps is available, you will find it already installed on your machine.

We hope that Apple can also create a cloud macOS version that can be accessed virtually. This would be beneficial for developers and other users that would like to use macOS tools but can’t afford to buy Apple’s expensive hardware.

One of the major worries that people have about virtual desktops is privacy. Most of these big tech companies don’t have a good reputation as far as user privacy is concerned. So, users that do sensitive and private work on their computers may not be comfortable using virtual desktops.

Serverless computing allows developers to build and deploy applications without having to worry about what is happening with the servers. Setting up and maintaining the hardware and software of the infrastructure running the code is done by a cloud service provider. This allows developers to have peace of mind and only focus on what they do best: coding.

According to a 2019 study by O’Reilly, 40% of the 1500 IT professionals that were interviewed worked at organizations that were using serverless computing. Serverless computing boosts developers’ productivity since they don’t have to waste time with hardware configurations, software installation, and updates.

Currently, the most popular Serverless computing services include; AWS Lambda, Azure Functions, Google Cloud Functions, and CloudFlare Workers. These platforms provide all the necessary tools, including the operating system and development applications that developers need to build and deploy their applications.

Besides productivity, serverless computing also enables developers to compile and run their algorithms much faster by taking advantage of the powerful computing hardware that these platforms offer.

There are several other trends that are happening in the cloud computing space, but the six we have shared above are among the crucial ones that anyone interested in taking advantage of cloud computing needs to know. Having knowledge of what some of these technologies are capable of will help you make better decisions as a developer, IT professional, or business leader.

Some of these trends in cloud computing will be adopted by more users based on how other technologies such as artificial intelligence, 5G internet, and computing power continue to evolve. For instance, Cloud desktops will highly be impacted by how fast people are able to get access to fast internet like 5G or at least reliable 4G LTE.

15% OFF for the first 15 people to register to the training.